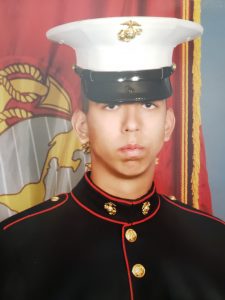 Kyle was a Marine who served his country including a deployment to Afghanistan during his service. After the Marines, he returned to Oregon and served as a wildland firefighter, protecting us from the fires that ravaged the west coast in 2020. He struggled with PTSD when he returned from the Marines much like many of the other young men he served beside. He went to more funerals for his fellow servicemen than a 20 something guy should ever have to. It broke my heart to see the pain in his eyes so often over the suicides due to the ravaging effects of PTSD in the men he knew. He brought light to this condition as often as he could and regularly checked in with all his friends to be sure they were ok.

Kyle had a heart that could not be contained and he cared deeply for everyone’s welfare. He would laugh off compliments for himself, but make sure that people around him knew just how important they are. Perhaps he focused outward, so he didn’t have to deal with the negative effects that PTSD regularly presented, but he took a bad situation and made some positive things happen. Kyle is my first baby, and a big brother to not only his two younger brothers, but his friends as well. He was a tall guy, 6’7, and took it upon himself to watch out for anyone smaller than him. 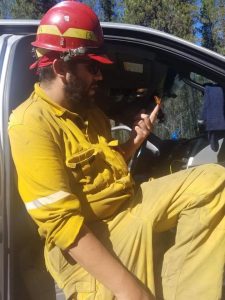 Animals of all kinds held a special place in his heart. Whether it was our family’s dogs, friend’s dogs, or a random animal wherever he happened to be at the time, Kyle just had to connect. They were magically drawn to him. He would send me pictures of birds, squirrels, and even butterflies that came to say hi to him. I firmly believe that animals can sense a person’s true inner intentions and Kyle’s kind, loving and magnetic soul drew all kinds of beings to him.

The last time I saw Kyle was when he and I had breakfast the day before his accident. He had just come home from a fire for a couple days of rest before they sent him out again and he was trying to make his rounds to see everyone. He was missing the biscuits and gravy with fried chicken from GiGi’s (his favorite dish), but we decided on meeting at a different restaurant where I could just be a customer and we could have time to relax and talk. We had a great breakfast and visit. It was just a nice time sharing some good food and everyday conversations with my son. After breakfast, we went to the parking lot, and he hopped on his motorcycle while I got in my car. The last thing he said to me was “I love you, Mom” just before I watched him ride away for the last time. 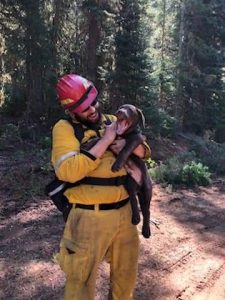 On October 4th, 2020, Kyle was killed in a tragic motorcycle accident. Tears have been flowing constantly since the day I learned he left us. Nobody should lose their children. Through the candlelight vigil his many friends organized, and memorials we had to have separately due to COVID, I learned just how many people’s lives that Kyle had an impact on. So many people shared that he had saved their lives or otherwise changed their lives for the better. I had no idea the breadth of his reach. He quietly contributed so positively on a personal level to those he met; the world is a lesser place without him. I wish he didn’t have to leave, but I want to continue what he started even while we are grieving his absence.

Kyle’s was born on November 11th, Veterans Day. I was looking for some way to honor him thinking of his service in the Marine Corps and his love for animals. I learned of a charity founded to pair homeless dogs with veterans experiencing PTSD. Proceeds from our menu item, Biscuits and Gravy Kyle’s Style will benefit Pets for Vets in memory of my son and his heart’s desire for everyone to be ok. This is a full order of our biscuits and gravy topped with fried chicken, Kyle’s favorite. It is the best way I can see to continue what Kyle started and to honor his memory by helping those who are hurting. 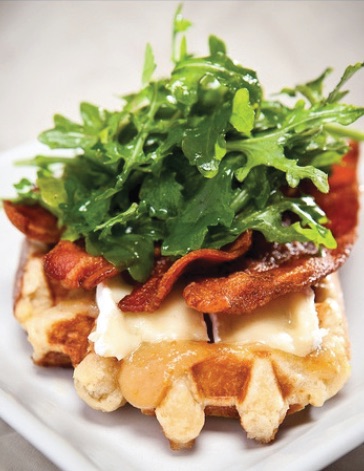 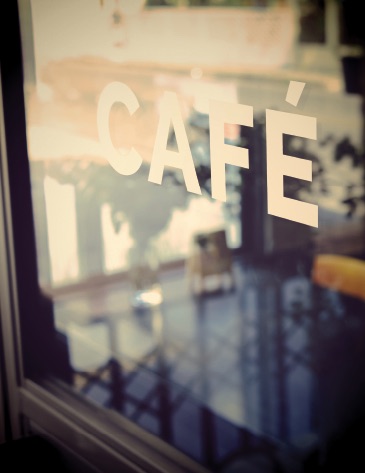 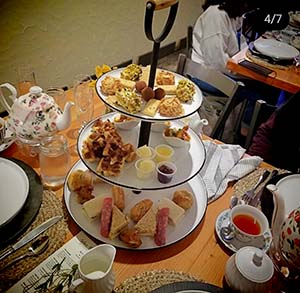 Gift cards now available. Never expire. You get yummy food and help us too! 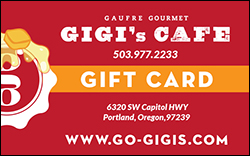 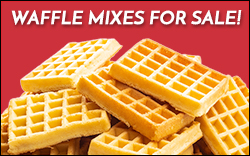